The cobblestone streets of Charleston, South Carolina, wear the polish of more than 330 years of history, an enchanting chronology that is evident at every turn. Earthquake bolts and ornate ironwork festoon handsome antebellum dwellings, while copper lanterns and hitching posts hint at a bygone era. The delicate aroma of Carolina Jessamine dances amid the sea breezes. Church bells resonate with the hum of the city. The details of this architecturally rich city reveal themselves when the peninsula’s sidewalks and seawalls are explored on foot. Innately walkable, the east-west grid of streets stretches from shore to shore. Book-ended by two rivers, which—it is said—converge to form the Atlantic Ocean, the downtown peninsula is hemmed in by water and sky.

At nearby barrier islands, the salty meringue of crashing surf and sway of the marsh on a rising tide give the Lowcountry its fluid tempo of life. The rustle of palmetto fronds, call of shorebirds and sound of families frolicking on the sand comprise the inviting soundtrack of the Charleston area’s archipelago.

Further inland, remnants of the state’s oldest settlements invite visitors to step back in history and experience what life was like at Magnolia Plantation, Drayton Hall and Middleton Place, home of the nation’s oldest landscaped gardens. For more than three centuries, the fertile soil has nurtured the Lowcountry’s innate farm-to-table movement. The practice of reaping a local, seasonal bounty is an innate virtue of the area’s plantation past and a practice upheld by the past three consecutive James Beard Foundation Best Southeast Chef award-winners—Hominy Grill’s Robert Stehling (2008), FIG’s Mike Lata (2009) and McCrady’s Sean Brock (2010)—all of whom hail from Charleston and share a locavore approach to cooking.

Refined interpretations of Southern ingredients and heirloom recipes take center stage during the annual BB&T Charleston Wine + Food Festival which brings together a wide range of culinary personalities for a gastronomical extravaganza. Heralded homes and private gardens open their doors to the public every spring, during Historic Charleston Foundation’s Annual Festival of Houses and Gardens. And culture lovers take delight in Spoleto Festival USA, the round-the-clock compendium of performing arts that seizes the city for seventeen days every year. 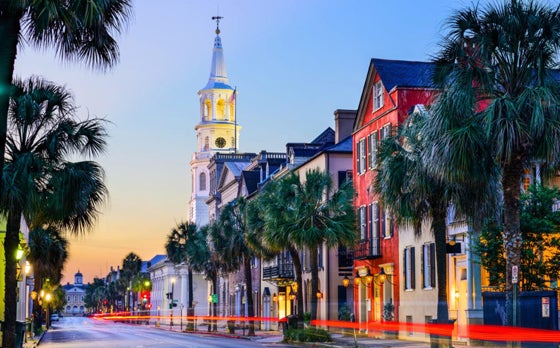 For a complete calendar of events and the area’s most comprehensive trip-planning resource, call (800) 774-0006 or visit: https://www.charlestoncvb.com/